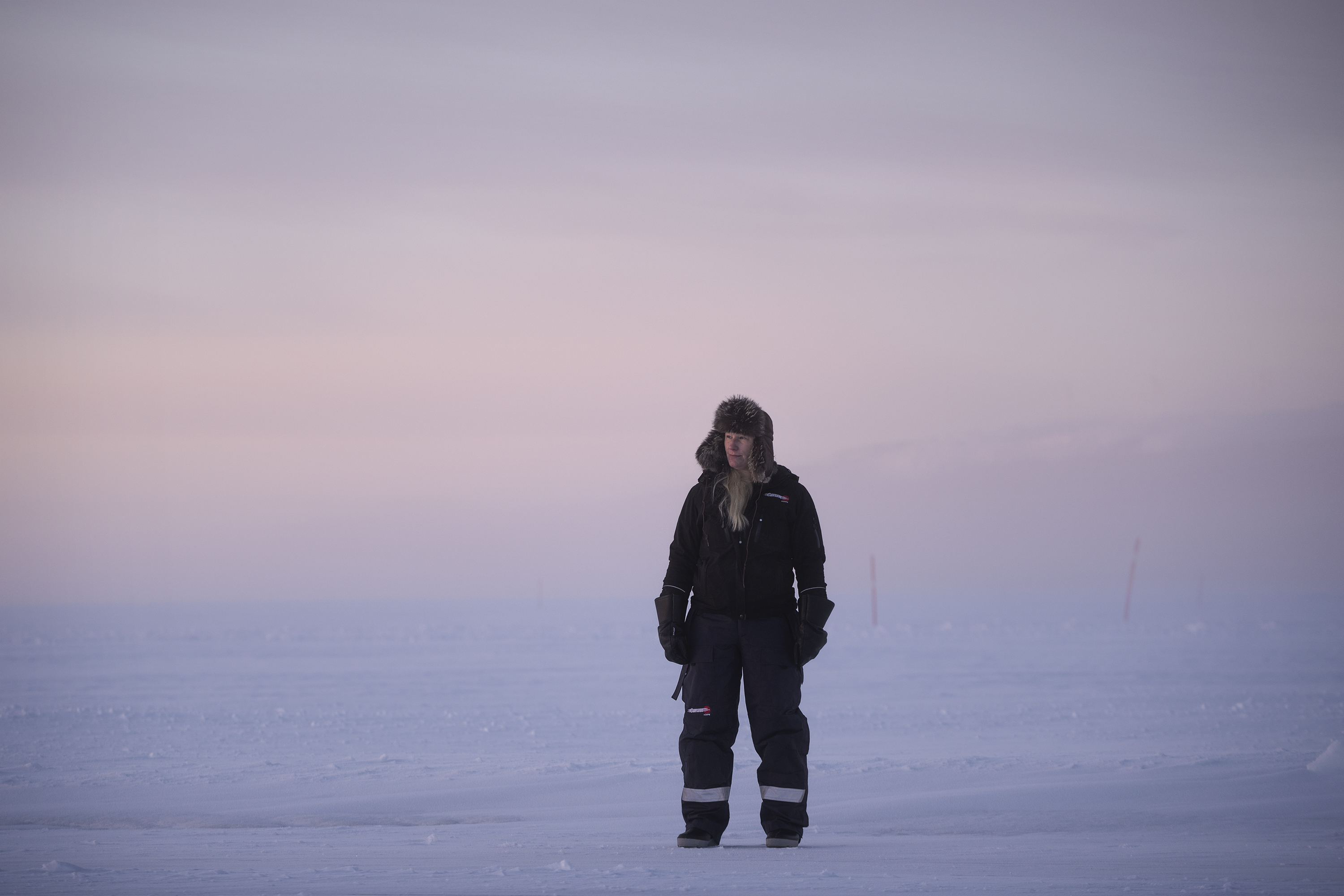 Ice has always been humankind's erratic friend and strict master. Throughout history, people have lived alongside the ice. For many, ice has been a basic pillar of life, an essential resource. Locked inside the ice, there is knowledge to be found for all of us – both about the climate and about people. What happens when the ice goes away?

Ancient inland ice still covers vast stretches of territory, and frozen in the ice is the narrative of our history, the story of how humans first came to the Arctic and had to use every ounce of their intelligence to survive in this harshly and inaccessible landscape.

Modern humans are as powerfully affected by the climate and the ice as those of the past. Today, it’s a question of adapting to changes in climate, of understanding it in order to find new pathways.

Travelling Through a Frozen Landscape

Despite the inaccessible terrain of the Arctic, the people there have not lived in isolation from one another. For millennia, people have used the ice to travel through the frozen landscape.

In Siberia and Alaska, rivers and lakes are transformed during the winter into frozen roads that support even huge lorries.

Now the ice is melting in many places. Old modes of travel and lifestyles are becoming more difficult. Motor vehicles make travelling easier but lead to hazardous emissions and cause damage to the landscape.

It’s scary to see how the ice cracks. Right now, we weigh 25 tonnes. You can see in front of you how the ice is cracking. It crumbles like crispbread.

Åse Sundström, driving her truck on the ice. Arjeplog 2018.

When people began mapping the world, they made drawings of coastlines as an aid to navigation. In some places, they drew cities, buildings and forests. In the Arctic, they navigated by icebergs. The height, prominent features and angle of icebergs guided the way for people with a trained eye. 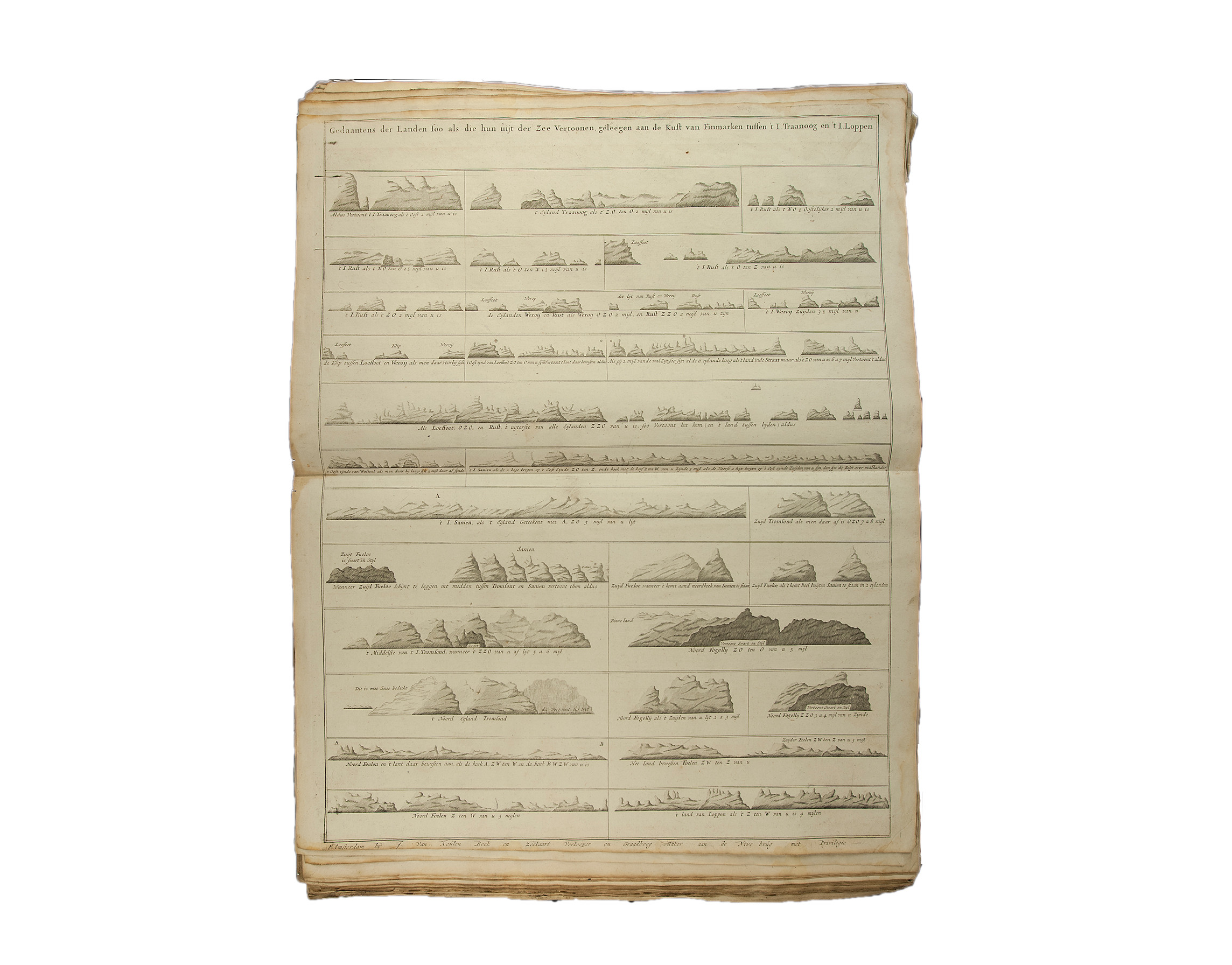 What is ice? And how can glaciologists read the inland ice sheet like a book to learn about the climates of the past? Listen to Glaciologist Nina Kirchner discussing ice knowledge and how to prepare for an expedition to the Arctic. The film is produced by Nordiska museet, and is shown in the exhibition.

The Anthropocene – a New Epoch

The geological epoch we are currently living through is called the Anthropocene – the period in the history of the Earth when humans have placed themselves above  nature. Our intelligence and our drive to expand have finally changed the ecosystem and the climate for all forms of life on Earth.

Global warming is a clear indication that humanity is approaching an important crossroad. We have reached the point in history when our actions affect the planet so greatly that natural processes are set aside.

Living in a Changing World

For thousands of years, people have been learning to live in a changing landscape. However, today the changes are happening faster, and modern society is ill-equipped to deal with them. Our patterns of thought, our methods of building and our demands for convenience are out of step with nature. Today, it is harder for us to adapt.

The difference between natural variation, the way inland ice sheets come and go, grow and disappear, is that the changes we humans are creating now are occurring at a pace so rapid that we – animals, plants and people – don’t have time to adapt.

Through every age, in every culture, people have created myths to make sense of the world. Belief in gods and higher powers can help us understand and make peace with disasters and suffering.

For the people of the Arctic, the ice and cold were a constantly present force. Myths and legends describe its great power over them. In mythology, life itself was created from a violent clash between ice and fire. Some stories provide explanations of natural disasters and unusual weather phenomena, while others serve as cautionary or instructive examples.

Arctic mythology includes many examples of dangerous beings who live around ice. Perhaps the myths were repeated to keep children away. One such tale, about Quallupilluk, comes from Arctic Canada.

Quallupilluk – a Child-Stealing Creature from Under the Ice

Quallupilluk, it was said, were ugly, scaly, brimstone­breathing creatures that lived in the sea. They kidnapped children. They wore clothes made of eider duck skin and carried a big bag on their back to put children in. No­one knows why. Perhaps they were lonely, or hungry. The creatures hid in the water and waited for children playing near the shore or on the ice. When a child got too close to the edge, a creature would jump up and grab them.

Sometimes you can hear cracking noises under the ice. That means Quallupilluk are hiding there.

Secrets of the Ice

Winds and water currents have brought vast quantities of waste to the Arctic. Plastics and poisons are released when the ice melts, with negative impacts on plants, animals and humans.

There may even be radioactive waste and weapons from the Cold War hidden in the ice. The Arctic region is so large and temperatures are rising so quickly that scientists don’t have time to monitor how much hazardous material is thawing. Nor is it known how much of the frozen history of the world is melting and disappearing.

There are diseases hidden in the ice, and they are waking up. 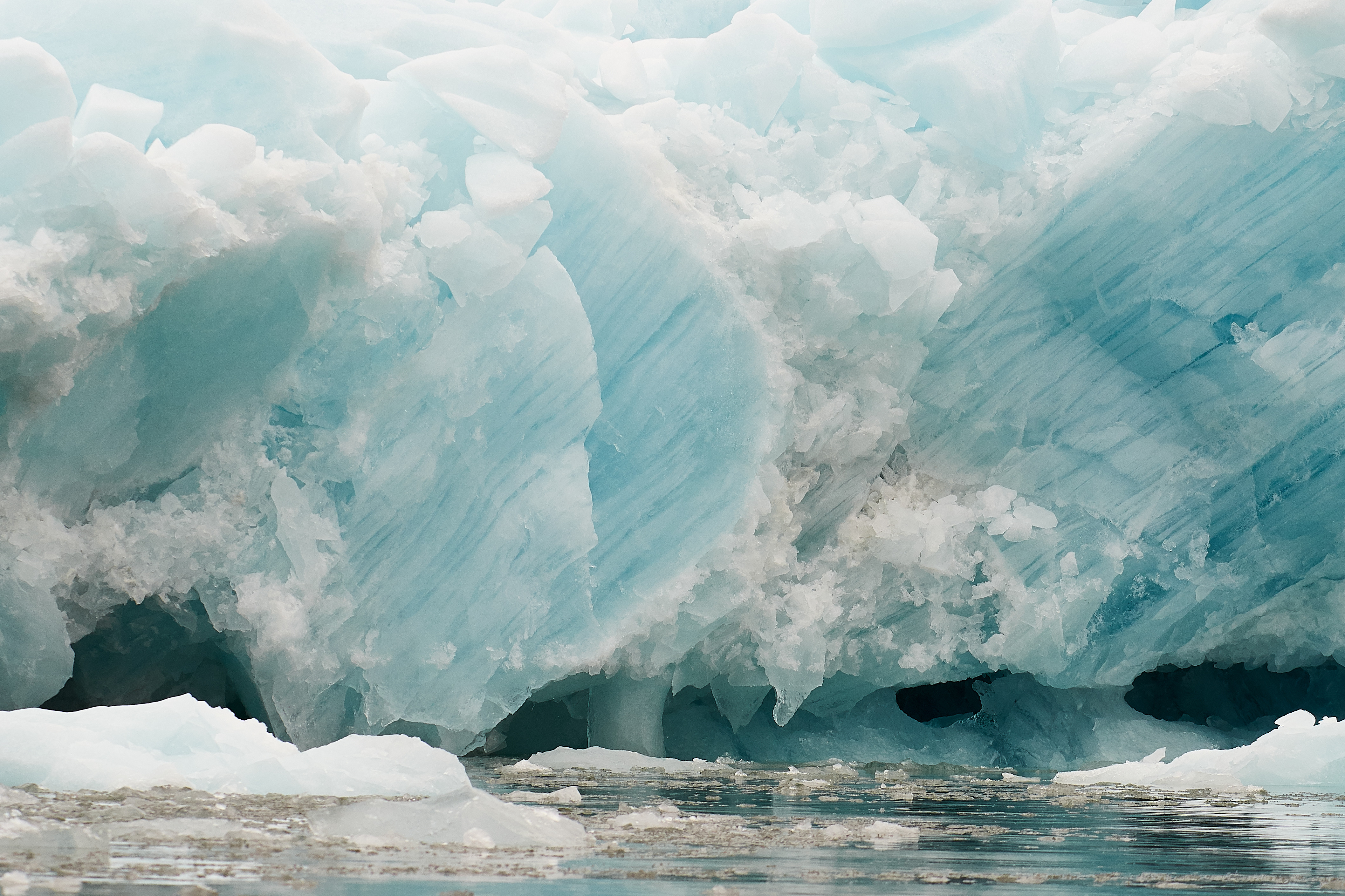 Hidden in the Ice... 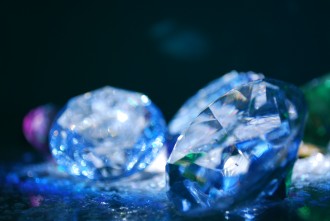 New Natural Resources: Studies indicate that up to 30 percent of the world’s undiscovered natural gas and 15 percent of undiscovered oil may be found in the Arctic. When the ice melts and transports become easier, extracting these resources will become  increasingly attractive. 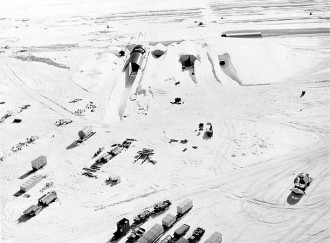 Traces from the Cold War: In 1959, the American military began building a nuclear- powered base under the Greenland icecap as part of its arms race with the Soviet Union. A whole city called Camp Century was built under the ice. What the engineers didn’t know at the time was that glaciers are in constant movement. The tunnels threatened to collapse and the base was therefore abandoned in the 1960s. The base’s staff left behind chemical and nuclear waste in the belief that the ice would store it safely forever. Today, however, the local population fears that nuclear waste from the  abandoned base may end up in the ocean. 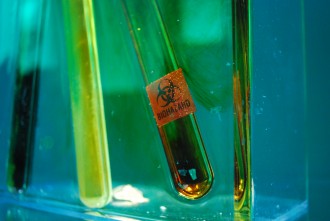 Frozen Toxins: Sealed in the Arctic permafrost are vast amounts of the  toxic heavy metal mercury. When the mercury melts out of the ice, it ends up in soils and waterways. In the longer term, it will end up in animals – which humans later eat. Children who ingest mercury can be seriously harmed. It may retard development of the child’s memory and language capacity. 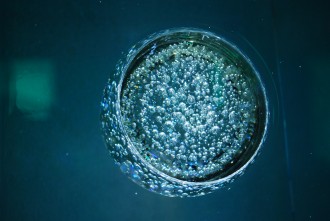 Climate Stories: The ice encloses air bubbles that may be hundreds of thousands of years old. Using the air bubbles, it is possible to read the levels of greenhouse gases in the atmosphere at various times through history. By taking ice cores and determining the age of the ice, scientists can piece together a narrative about how our climate has changed over several hundred thousand years. It shows that warming is occurring much faster today than in previous periods. 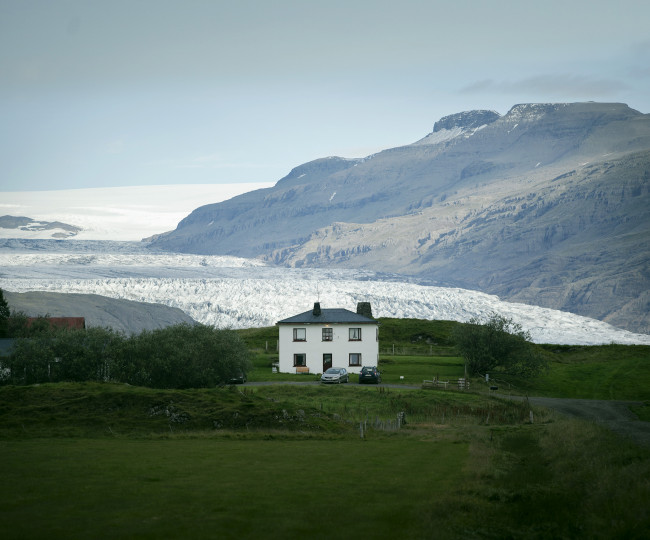 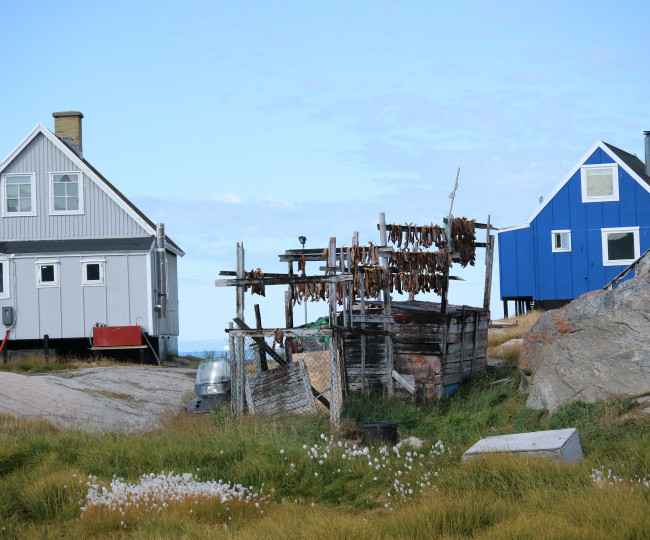 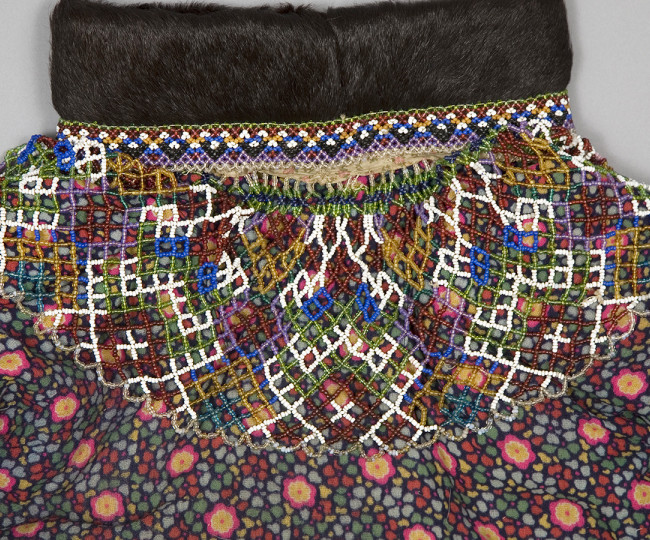 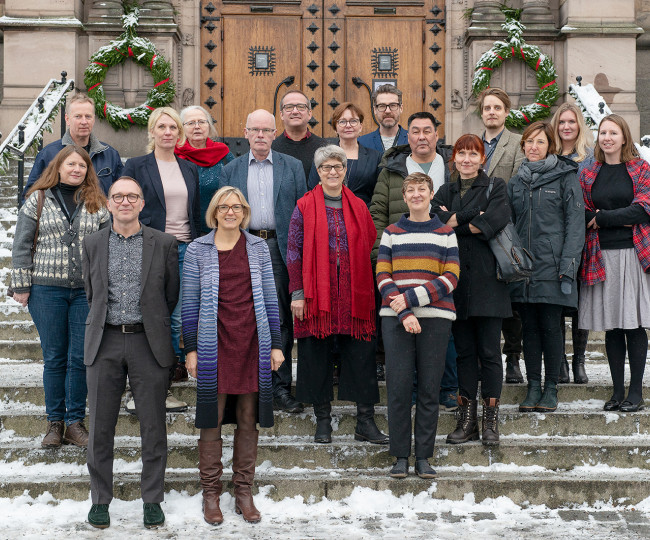 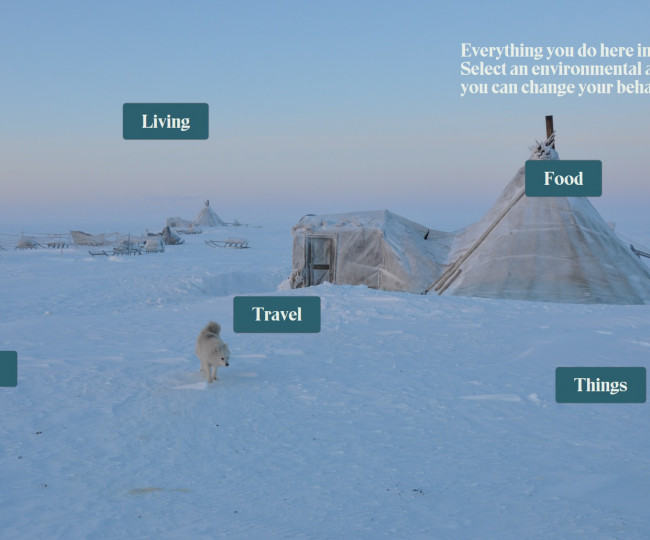