Tyresö Palace is a stately home belonging to Nordiska museet, located in the municipality of Tyresö in Södertörn, south of Stockholm. It is in a beautiful location, surrounded by a garden and an English park, at the highest point of a peninsula jutting into the Kalvfjärden fjord. The palace was built in the 1630s but visitors today see what it looked like as a private residence around 1900.

Gabriel Oxenstierna, Councillor of the Realm, inherited the medieval Tyresö and built the present palace and Tyresö Church in the 1630s. In the 1770s the palace was modernized and an English park – the first of its kind in Sweden – was designed by the landscape gardener Fredrik Magnus Piper. 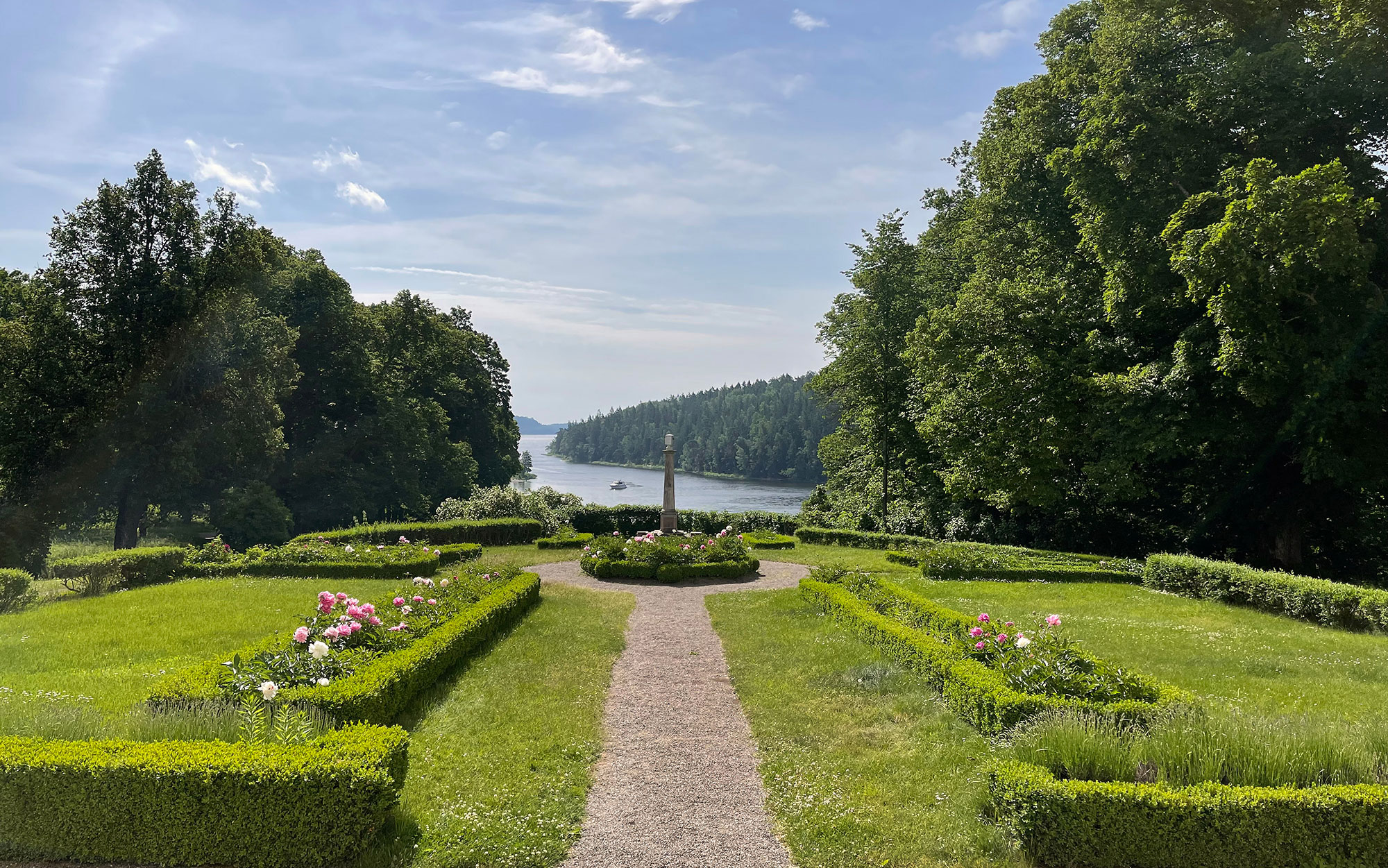 Today the palace shows an environment from the years around 1900. Here in the natural beauty of Tyresö the last private owners, Claes and Caroline Lagergren, wanted to create a magnificent and comfortable home for themselves and their three sons. 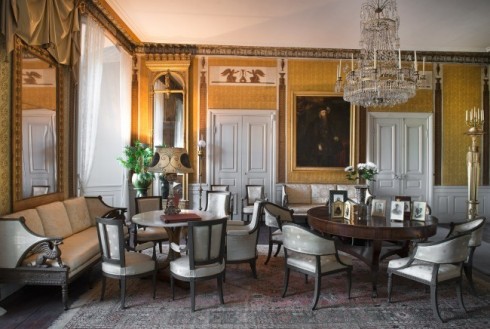 Marquis Claes Lagergren was a papal chamberlain and a familiar figure in Stockholm at the turn of the century. During most of his life he served for several weeks each year at the Vatican in Rome. There he met his wife, the wealthy American Caroline Russell from New York. With her fortune they were able to buy the Tyresö estate in 1892, and shortly afterwards they began a thorough renovation and expansion of the entire property. The restoration, which was a romantic interpretation of the look of the seventeenth-century palace with certain additions, was undertaken by Isak Gustaf Clason, the architect of Nordiska museet. With inspiration from Rome and Italy, the garden was also renewed with pergolas, steps and terraces. The surroundings were embellished with the plantation of thuja, spruce pyramids, roses, peonies and fruit trees. 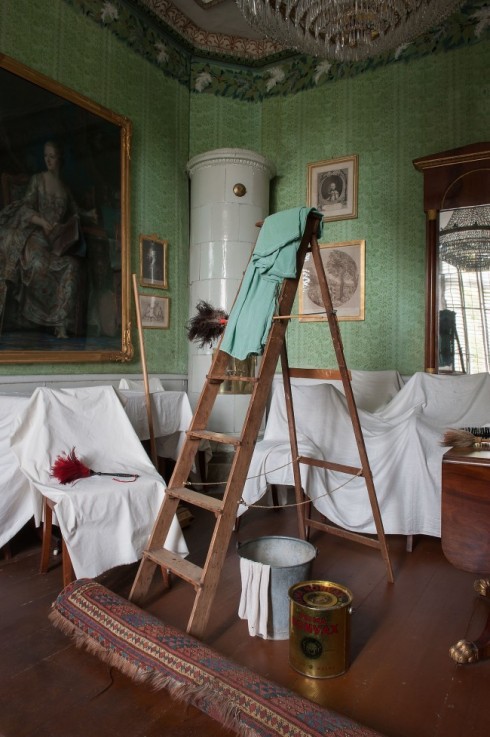 At home in Tyresö

The palace has changed during its almost 400-year history. A visit to the home of the Lagergren family is a fascinating journey through different layers of time. Today one can see an upper-class home with rooms filled with furniture, paintings, engravings, photographs, books, ornaments and travel souvenirs, arranged in a manner that is typical of its time. The ground floor has eight salons, a dining room, serving room, breakfast room, study and library. Upstairs there are bedrooms, guest rooms and a private chapel, and also an exclusive bathroom from the 1920s.

Tyresö Palace was a large workplace with an impressive staff of employees. In the time of the Lagergren family, the east wing had servants’ quarters, utility rooms and a kitchen. Round about the estate a number of houses, still standing, were built to accommodate employees.

Claes Lagergren bequeathed Tyresö Palace to Nordiska museet in 1930. Since 1932 is has been open to the public in the summer. 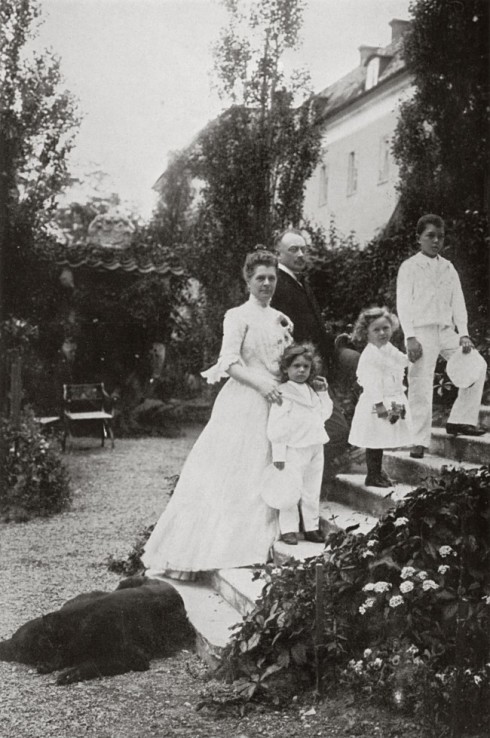 Prince Eugen and the artists’ colony

For eighteen summers, Prince Eugen lived at Lilla Tyresö in the house called the Prince’s Villa, which is a youth hostel today. Here he was undisturbed and could enjoy the nature and the landscape, which also served as the motif for some of his most famous paintings. Other artists regularly visited Prince Eugen while he was staying at Lilla Tyresö, which can be described as having been an artists’ colony during the years 1894–1912.

You can read more in the book Tyresö Palace. This tells of the buildings and parks, and also about the owners of the palace, the servants and visiting artists. The book is available in both Swedish and English. 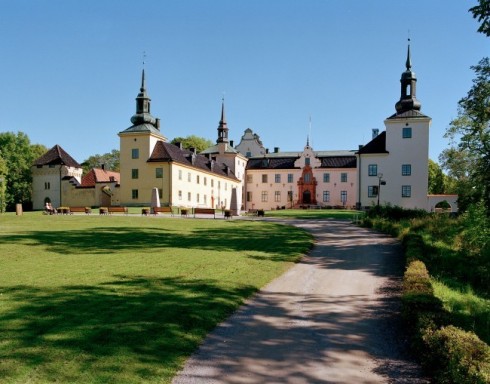 How to get there

Tyresö Palace is about 20 minutes away by car or bus from central Stockholm. Take bus 875 from Gullmarsplan to the stop Tyresö kyrka (Tyresö church). By car take Nynäsvägen out of Stockholm, then route 229 for Tyresö slott (Tyresö Palace).